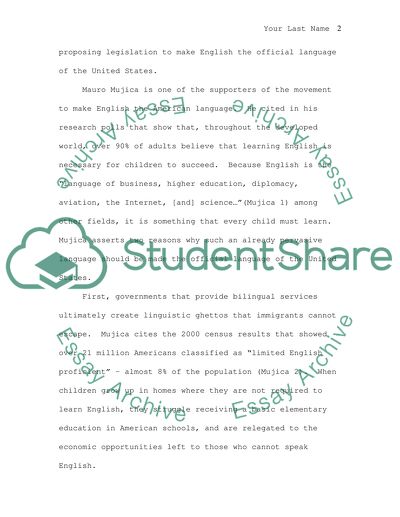 They came to get freedom to live as they wanted to.

They came to escape from the stifling air and chaos of the old world; they came to make their fortune in a new land. They invented no new social framework. Rather they brought over bodily the old ways to which they had been accustomed. Tightly concentrated on a hostile frontier, they were conservative beyond belief. Their pioneer daring was reserved for the objective conquest of material resources.

In their folkways, in their social and political institutions, they were, like every colonial people, slavishly imitative of the mother country. It is just this English-Americanconservatism that has been our chief obstacle to social advance. We have needed the new peoples—the order of the German and Scandinavian, the turbulence of the Slav and Hun—to save us from our own stagnation.

I do not mean that the illiterate Slav is now the equal of the New Englander of pure descent. He is raw material to be educated, not into a New Englander, but into a socialized American along such lines as those thirty nationalities are being educated in the amazing school of Gary. I do not believe that this process is to be one of decades of evolution. Let us cease to think of ideals like democracy as magical qualities inherent in certain peoples. Let us speak, not of inferior races, but of inferior civilizations.

We are all to educate and to be educated. These peoples in America are in a common enterprise.

It is not what we are now that concerns us, but what this plastic next generation may become in the light of a new cosmopolitan ideal. We are not dealing with static factors, but with fluid and dynamic generations.

To contrast the older and the newer immigrants and see the one class as democratically motivated by love of liberty, and the other by mere money-getting, is not to illuminate the future. To think of earlier nationalities as culturally assimilated to America, while we picture the later as a sodden and resistive mass, makes only for bitterness and misunderstanding. There may be a difference between these earlier and these later stocks, but it lies neither in motive for coming nor in strength of cultural allegiance to the homeland.

The truth is that no more tenacious cultural allegiance to the mother country has been shown by any alien nation than by the ruling class of Anglo-Saxon descendants in these American States. The distinctively American spirit—pioneer, as distinguished from the reminiscently English—that appears in Whitman and Emerson and James, has had to exist on sufferance alongside of this other cult, unconsciously belittled by our cultural makers of opinion.

Most significantly has the war brought out of them this alien virus, showing them still loving English things, owing allegiance to the English Kultur, moved by English shibboleths and prejudice. The Englishman of to-day nags us and dislikes us in that personal, peculiarly intimate way in which he dislikes the Australian, or as we may dislike our younger brothers. The non-English American can scarcely be blamed if he sometimes thinks of the Anglo-Saxon predominance in America as little more than a predominance of priority.

The Anglo-Saxon was merely the first immigrant, the first to found a colony. He has never really ceased to be the descendant of immigrants, nor has he ever succeeded in transforming that colony into a real nation, with a tenacious, richly woven frabric of native culture.

Colonials from the other nations have come and settled down beside him. They found no definite native culture which should startle them out of their colonialism, and consequently they looked back to their mother-country, as the earlier Anglo-Saxon immigrant was looking back to his. What has been offered the newcomer has been the chance to learn English, to become a citizen, to salute the flag.

His opportunities the immigrant has taken to gladly, with almost pathetic eagerness to make his way in the new land without friction or disturbance. The common language has made not only for the necessary communication, but for all the amenities of life. If freedom means the right to do pretty much as one pleases, so long as one does not interfere with others, the immigrant has found freedom, and the ruling element has been singularly liberal in its treatment of the invading hordes. But if freedom means a democratic cooperation in determining the ideals and purposes and industrial and social institutions of a country, then the immigrant has not been free, and Anglo-Saxon element is guilty of just what every dominant race is guilty of in every European country: the imposition of its own culture upon the minority peoples.

The fact that this imposition has been so mild and, indeed, semi-conscious does not alter its quality. But let him ask himself, if he had had to depend on the English descendants, where he would have been living to-day. To those of us who see in the exploitation of unskilled labor the strident red leit-motif of our civilization, the settling of the country presents a great social drama as the waves of immigration broke over it.

Let the Anglo-Saxon ask himself where he would have been if these races had not come?

Let him ask himself whether he would really like to see the foreign hordes Americanized into such an Americanization. Let him ask himself how much more wisdom, intelligence, industry and social leadership has come out of these alien states than out of all the truly American ones.

The South, in fact, while this vast Northern development has gone on, still remains an English colony, stagnant and complacent, having progressed culturally scarcely beyond the early Victorian era. It is culturally sterile because it has had no advantage of cross-fertilization like the Northern states. What has happened in states such as Wisconsin and Minnesota is that strong foreign cultures have struck root in a new and fertile soil. America has meant liberation, and German and Scandinavian political ideas and social energies have expanded to a new potency. Rather has it been a process of their assimilation of us—I speak as an Anglo-Saxon.

What we emphatically do not want is that these distinctive qualities should be washed out into a tasteless, colorless fluid of uniformity.

Already we have far too much of this insipidity, — masses of people who are cultural half-breeds, neither assimilated Anglo-Saxons nor nationals of another culture. Each national colony in this country seems to retain in its foreign press, its vernacular literature, its schools, its intellectual and patriotic leaders, a central cultural nucleus. From this nucleus the colony extends out by imperceptible gradations to a fringe where national characteristics are all but lost.

The great American public school has done its work. With these people our institutions are safe. We may thrill with dread at the aggressive hyphenate, but this tame flabbiness is accepted as Americanization. The same moulders of opinion whose ideal is to melt the different races into Anglo-Saxon gold hail this poor product as the satisfying result of their alchemy.

Yet a truer cultural sense would have told us that it is not the self-conscious cultural nuclei that sap at our American life, but these fringes. It is not the Jew who sticks proudly to the faith of his fathers and boasts of that venerable culture of his who is dangerous to America, but the Jew who has lost the Jewish fire and become a mere elementary, grasping animal. It is not the Bohemian who supports the Bohemian schools in Chicago whose influence is sinister, but the Bohemian who has made money and has got into ward politics. Just so surely as we tend to disintegrate these nuclei of nationalistic culture do we tend to create hordes of men and women without a spiritual country, cultural outlaws, without taste, without standards but those of the mob.

We sentence them to live on the most rudimentary planes of American life. The influences at the centre of the nuclei are centripetal. They make for the intelligence and the social values which mean an enhancement of life. And just because the foreign-born retains this expressiveness is he likely to be a better citizen of the American community. The influences at the fringe, however, are centrifugal, anarchical.

They make for detached fragments of peoples.

Those who came to find liberty achieve only license. They become the flotsam and jetsam of American life, the downward undertow of our civilization with its leering cheapness and falseness of taste and spiritual outlook, the absence of mind and sincere feeling which we see in our slovenly towns, our vapid moving pictures, our popular novels, and in the vacuous faces of the crowds on the city street. This is the cultural wreckage of our time, and it is from the fringes of the Anglo-Saxon as well as the other stocks that it falls.

America has as yet no impelling integrating force. It makes too easily for this detritus of cultures. In our loose, free country, no constraining national purpose, no tenacious folk-tradition and folk-style hold the people to a line. The war has shown us that not in any magical formula will this purpose be found.

No intense nationalism of the European plan can be ours. But do we not begin to see a new and more adventurous ideal?

Essay on Melting Pot or Mosaic, Which One?

Do we not see how the national colonies in America, deriving power from the deep cultural heart of Europe and yet living here in mutual toleration, freed from the age-long tangles of races, creeds, and dynasties, may work out a federated ideal? America is transplanted Europe, but a Europe that has not been disintegrated and scattered in the transplanting as in some Dispersion. Its colonies live here inextricably mingled, yet not homogeneous. They merge but they do not fuse.